[:en]Recently, in Lucknow UP Startup Conclave 2019 event happened. Deputy Chief Minister of Uttar Pradesh Mr. Dinesh Sharma was the Honorable chief guest at the event. On this event, he announced the government initiative to boost up the startups by raising Rs. 1000 Crore Startup Fund. Along with this, he initiated a venture to establish an incubator centre at Lucknow which shall be the biggest in India.

With different companies and startup gathering to make this event a successful union, it was special for Devnagri as the jury recognised our startup as Best Social Impact Startup. We had received the award from Honorable deputy CM Mr. Dinesh Sharma. Out of the 400+ participants getting this recognition was a very big honour for our team and we are thankful to Up Startup Conclave to appreciate our effort.

Up Startup Conclave was one of its own kinds of event that was initiated to co-jion young and energetic ideas with experienced hands. This event recognised the efficient work delivered by number of individuals and new growing companies in different fields. This year it happened in state capital Lucknow where dignitaries from various departments and industry experts collaboratively appreciated efforts of startups. This event not only awarded the ideas but all tried to build a positive ecosystem to promote startups. The incubation of innovations is a necessity to develop the nation & taking to the next level of advancement.

We feel honored in getting the award for Best Social Impact Startup by UP Deputy Chief Minister Dinesh Sharma. UP Startup conclave 2019 team has always been helpful in recognizing the efforts of young minds and we are proud to be in its list of awardees. Such appreciations keep us motivated for initiative of translating the content online in different Indian languages.

With the development and advancement towards the translation services, we aim to create better job opportunities and localization module which could ease the process. We aim to make the technology accessible to the rural population and for other communities including senior citizens of the country who have issues in handling gadgets. 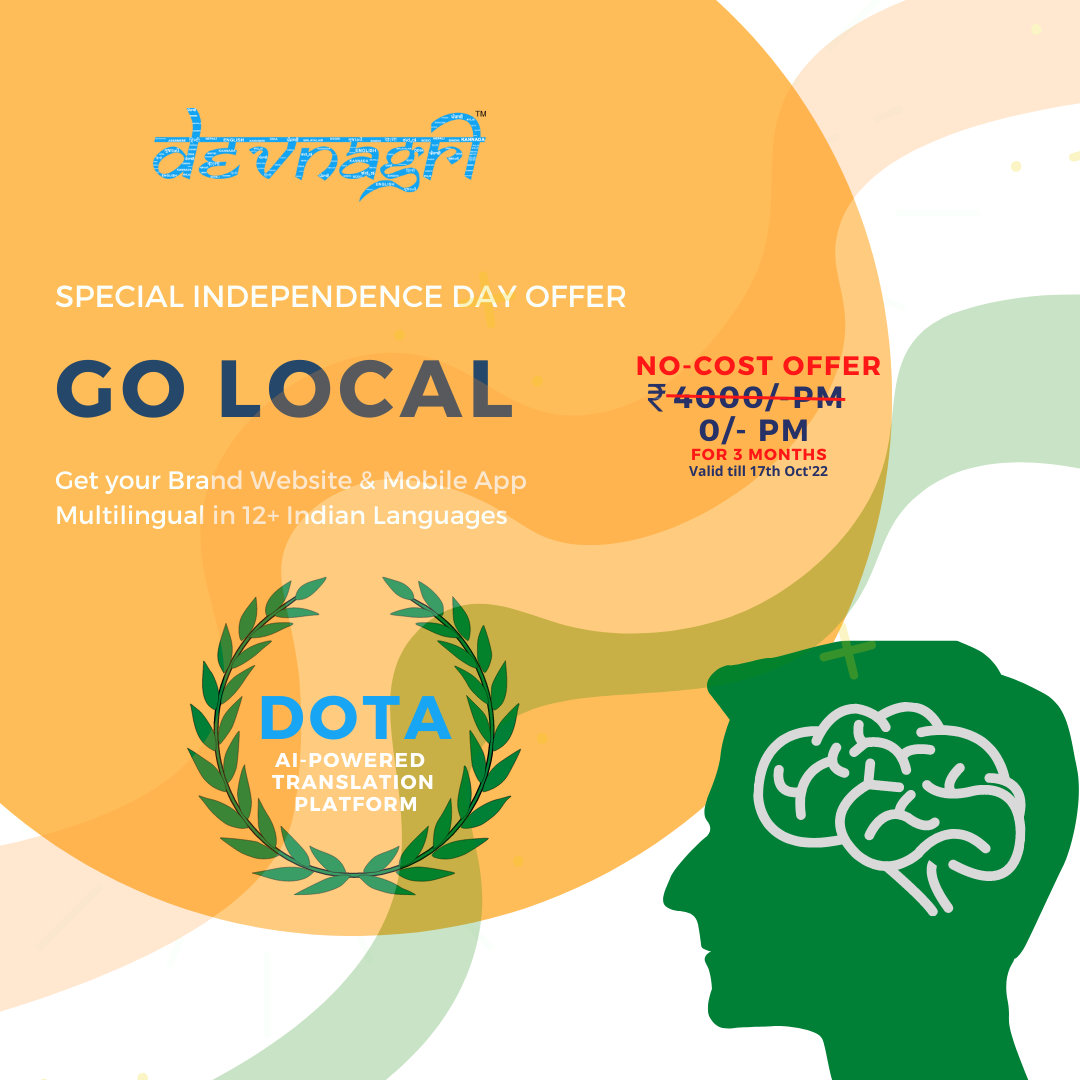