Understanding Transliteration And How It Works For A Brand 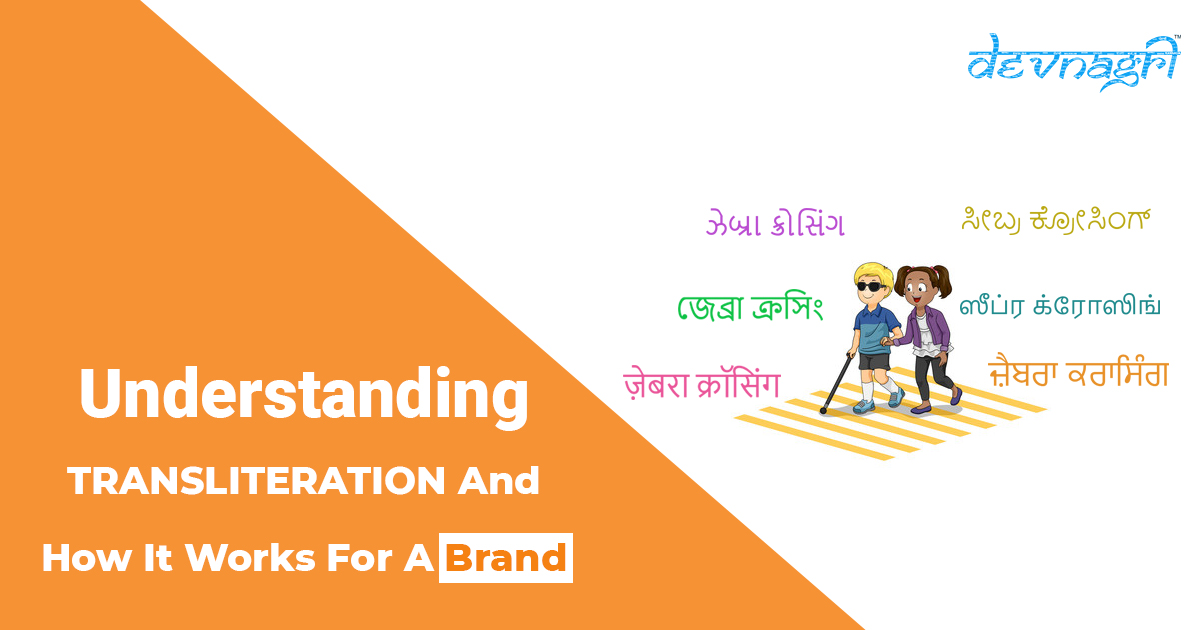 [:en]Transliteration is the process of translating a language from one to the other writing style. The same is true for transcription. It is also the conversion or rewriting of the characters from one style of writing to another style of writing.

Transliteration And Transcription – What Are They?

Transliteration and transcription are a process when a word or phrase is conveyed in a language with a different writing system. It is like writing words in say Japanese using Latin letters. The methods do not render the word into a new language. It just is a new format. The reader will not understand the transliterated language if he does not know the original language. It is only when the word is translated into the language that the reader knows will he be able to understand what the word means.

Transliteration and transcription make the foreign language accessible to those who are not aware of foreign alphabets. They focus on pronunciation and do not convey meaning. This is used when you need to discuss foreign places, people, or cultures.

The Difference Between Transcription And Transliteration

When Is Transliteration Put To Use?

They are also used in restaurant menus and libraries. In libraries, transliteration allows the processing of textual data. When the user searches for index content, it is transliteration that helps him find the information. It is written in a different alphabet, and this gets returned in the script of the user.

Transliteration is also used in keyboards with a particular script to write the text in another script.

Can Transliteration Help A Brand?

Yes, it can. Transliteration plays a major role in helping your brand put the best face forward to the global audience. The way you localize your brand’s name plays a pivotal role when you enter the global market. And to localize it well you need brand transliteration services.

Brand transliteration is crucial. When companies venture and expand into foreign markets, they target customers whose primary language is different from the native language of the brand. Localizing the name of the brand into the local language using the local alphabets will let the customers accept the brand. It shows the brand’s objectives and signals that you are approaching the customers with warmth and seriousness.

Transliteration thus works to create a human perception of your brand. It is also important for SEO in the international market. Some countries make it mandatory for every foreign company to translate its brand name, which is a legal requirement.

Brand Transliteration Is Not As Simple As It Looks

Transliteration covers the words from one to the other script. Transliteration tries to preserve the original sound of the phrase or the word. It also targets to capture the spirit of the brand but not its precise meaning.

Transliteration may sound to be simple, but it is not so. Transliterating the name of a brand could create pitfalls if done wrong. However, if done in the right way, it creates a wealth of opportunities.

The Right Way To Do Transliteration

Transliteration done right is much more than avoiding any mishaps. If the brand name that is transliterated looks meaningless and portrays a name that is just a clutter mix of syllables, this will not harm your company, but it will not do anything good for your brand either. A great way to do transliteration is to combine the similarity to the brand name phonetically with a local connection that is evocative and resonant.

The key focus is:

Here are the steps that a professional transliteration service provider takes. They are educated well in the right way to transliterate the brand name.

All the above steps are carried out to get useful insights, and then the professionals carry out the transliteration of your brand name and your website content for the target market.

Your brand’s name is crucial, and this is the first impression that consumers get of your business. Your brand name lets them relate to the services and products you have to offer. The brand name is what is going to be a mark of the relationship between you and your customers.

Hire experts to offer globalized solutions and to evaluate the vast options for your brand.[:]