The Roadmap To Professional Repute – English To Assamese Translation - Devnagri

The Roadmap To Professional Repute – English To Assamese Translation

The history of local languages has been pushed to the periphery for ages. The contemporary era is witnessing new milestones as there has been a continuous drive to move away from an English-centric world. English is the most widely spoken non-native language, but it is the native language of only 330 million people worldwide.

Mandarin eclipses English as the most commonly spoken language in the world, with 11 billion speakers. Despite such skewed statistics, the normative expectation worldwide is to know and master the English language to a certain degree. The erstwhile move of making it a universal constant still holds the conscience of people firmly.

Although a universal language may have particular merits, a sheer obsession towards such universalisation can wreak havoc and further squeeze the already tightening linguistic diversity. The post-modern world is characteristic of multi-culturalism and diverting from a hierarchical structure towards a more equitable world. Hence, the vitality of local languages has been on the rise.

The loud demand for inclusivity has influenced the world of languages. Multilingualism is the ‘it’ phenomenon all over the world. The hour’s need is to translate, transpose and convert and not merge the linguistic differences. So, language translation services have become the galvanising industry striving to bring inclusivity and diversity within languages.

Efficient translation services are vital in every realm of the world, from business to tourism to diplomatic relations. They have the potential to remarkably boost your business and provide the much-needed credibility to your brand. In India, regional translation services are essential as there are 22 scheduled languages and more than a thousand dialects in the country.

There is a prediction that Indian vernacular language users will rise to 500 million users by the year 2021, and the wisest business decision would be to tap on this vast audience. Regional language translations like English to Assamese translations are the future of professional expansion and esteem. Thus, you must make the most of the opportunity.

Also Read: English To Marathi Translation – A Must For Doing Business In India

THINGS TO KEEP IN MIND BEFORE CHOOSING ANY LANGUAGE TRANSLATION SERVICE

With English being the unofficial lingua franca the world over, content and subject matter composed in vernacular languages get the credit they deserve. But, with a shift away from the dominance of English, language translation has taken the world by storm. We have catalogued a list of pointers that you should keep in mind before choosing any language translation service.

2. Doing a background check on the language translation services in your list is always a good idea. It would be best to inquire about the particular company’s process and the delivery time and flexibility. Also, you should be clear from the beginning about the accountability of the service and its terms and conditions. If you are looking for trustworthy English to Assamese translation services, try and find a service with past projects in the Assamese language. Moreover, after completing the translation, a review and expert proofreading should also be a part of the service.

3. You should always opt for a language translation service that is compatible with your needs. A good client-conscious translation service provider will customize their services and be flexible in delivery and price. But, the key is to have a one on one rational discussion before proceeding with any deal.

5. Language translation is a cooperative effort between your business and the service you have opted for. Hence, a healthy and forth between your team and the translating team are crucial. A premium translation service agency will offer you post-translation support to communicate your grievances, concerns and further specifications to them with ease.

So, before finalizing any language translation service, make sure that you have followed the steps mentioned above.

Also Read: English to Hindi Translation: A Must For Doing Business In India

Statistics are enough to elucidate India’s linguistic diversity. There are approximately a billion Indians who communicate in over 30 languages in 1600 dialects. Despite the jarring diversity, English still presides as the unrivalled king of business and technological communication.

But, positive changes in recent times have compelled market forces and technical giants to consider regional and native languages as viable alternatives to English. A study revealed 175 million English-speaking internet users and 234 million Indian language internet users in the year 2017.

There is a prediction of the gulf to widen by 2021 as Indian language speakers will double to 535 million. English speaking users will increase by a tiny 10 per cent to 199 million users. Hence, native languages are genuinely revolutionary as they can change the brand image of any business and exponentially expand the clientele base.

Any professional venture is bound to enhance with proper utilisation of regional languages. Your business will have the first-mover advantage as the arena of tapping local language is negligible.

In India, where multiple languages form the base of every community, offering services in the native languages will boost your company’s reach and skyrocket its credibility. For instance, you can choose English to Assamese translation for the regional audience of Assam for exceptional response and reputation.

Also Read: English to Tamil Translation: A Must for Doing Business in India

Assamese, also known as Axomiya, is an Indo-Aryan language spoken primarily in the north-eastern state of Assam. Assamese is also the official language of the state. Assamese is the easternmost Indo-European language, and 14 million people speak it. The sister languages of Assamese include Angika, Bengali, Bishnupriya, Hajong, Manipuri, Sylheti and likewise.

Also Read: English to Gujarati Translation: A Must for Doing Business in India

Although machines can perform language translations, hiring professional and expert human translators is the best way to transpose any document. Devices and in-build apps can only do word-to-word transposing. Unlike humans, machines cannot consider the grammar, socio-cultural context, intended message, and target audience of the relevant text.

The translation is a complex process that humans are best adapted to do. It does not have any concrete arithmetic formula and is context-driven. The intricacies of the situation can be grasped only by a professional translator who is an expert on the source and target language.

The vitality of language translation and particularly regional translation services is immense. While on the lookout for an agency for English to Assamese translation, Devnagri is the one-stop destination. You need not look further as they have world-class translators that will provide you with the best of both worlds. The flexibility and accountability of Devnagri are unmatched.

August 21, 2020 English to Punjabi Translation: A Must for Doing Business in India Read More

May 10, 2021 English To Kannada Translation Services And How They Can Transform Your Business Read More 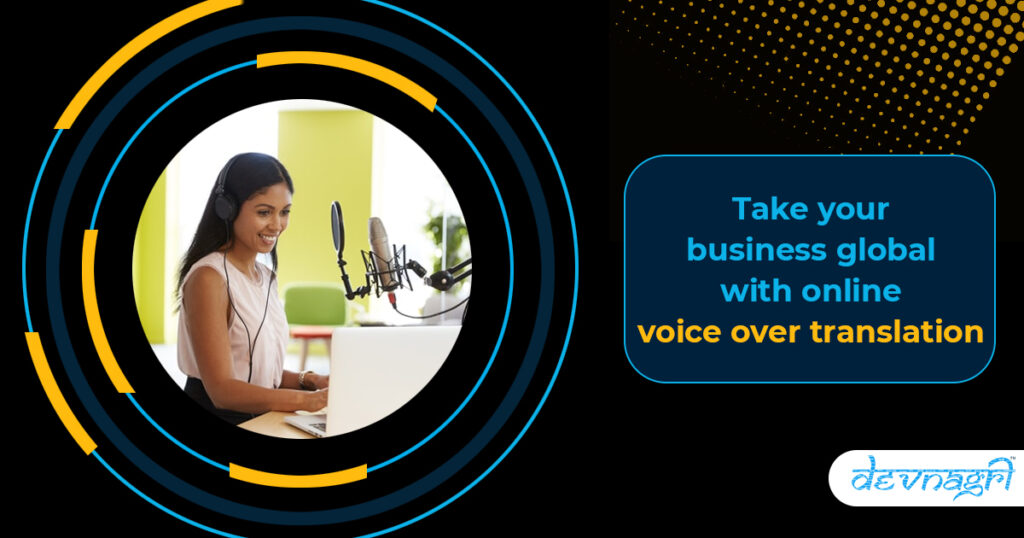