Subtitling Vs. Dubbing: What is The Difference?  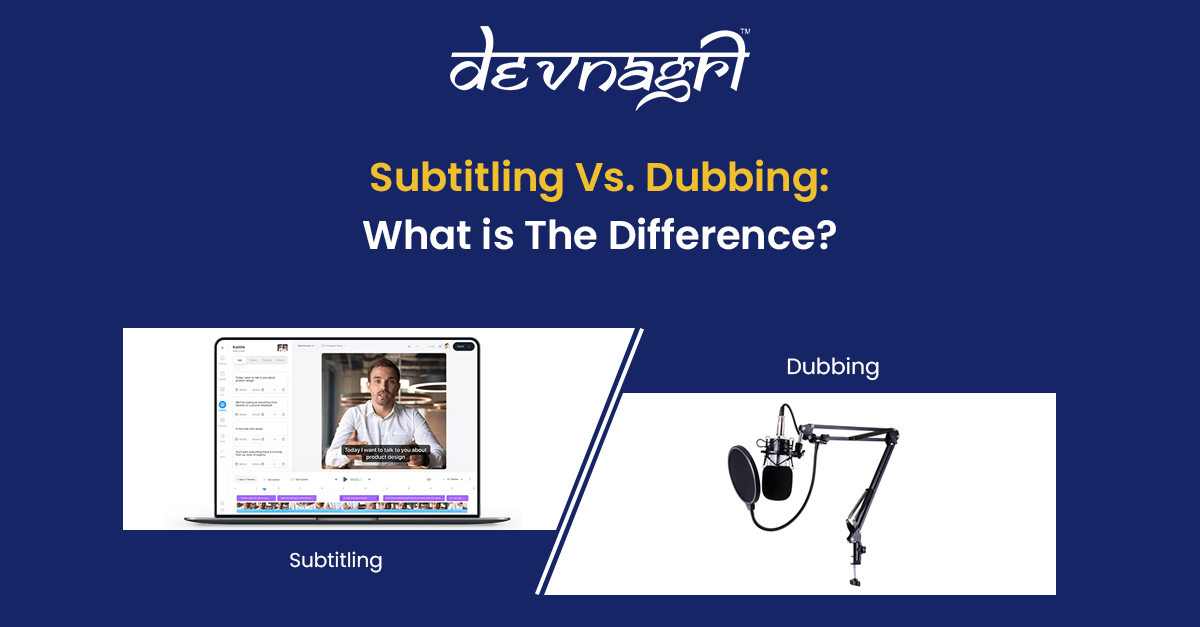 In this fast-growing world, the number of movies coming out is overgrowing. All over the world, there are thousands of movies being produced to make money. In the past, movies were only shown in the area’s language where they were made. However, movies are being put out worldwide to make more money. People must be able to understand movies from all over the world to do this and those who make movies need subtitle translation solutions to create subtitles in the primary language to fulfill their goal. After that, any translation tool can translate the subtitle into any language.

How Are Dubbing And Subtitling Different From Each Other?

The process is complicated when you want to change multimedia content for different groups of people. There is more to the process than just translating.

Before you decide, you need to know what each method means. If you want subtitles, the script, transcript, or dialogue is translated into another language, and the words are put on top of the video or movie. Most of the time, the subtitle translation are shown at the bottom of the screen.

Dubbing is a step that is done after the video or film has been made. Voice-over artists are used to replacing the original actors’ voices with dialogues. Voice-over actors who speak a different language are used for this. The new sound is mixed with the old sound to finish the soundtrack.

The original voices of the actors can be heard in videos with subtitles. Professional subtitle translation teams make sure that the subtitles are translated correctly. With this method, people who are hard of hearing or deaf or have trouble understanding accents or spoken dialogue can still enjoy the video content because it is also available in written form.

When a video is dubbed, the audience can hear the sound in their language, which helps them enjoy the video or film more. However, it takes time to dub the video. It takes a long time and is complicated to do. At the same time, dubbing costs more, especially for a full-length film, because it requires more work after the film is made.

Also Read: Understanding Subtitle Translation and How it Plays a Major Role in Businesses

Deciding Which Method to Use on Video Projects

Both dubbing and subtitling have their pros and cons. When it comes to video projects, the choice depends on several things. Some well-known people who appear in a video may ask the production company to dub the audio to protect their reputations as good speakers. This is because they want people to be able to match their voices to their body language or face.

When choosing between the two ways, age is a factor. Dubbing is the best way to make educational and informational videos for young children. People who have trouble hearing, trying to learn a foreign language, and older children can all use subtitles.

Also Read: Is Website Translation Important For The Fintech Companies In India?

There are many kinds of tools on the market, and they used to come in the form of wizards. The tool used comes with a wizard that gives you options for how to do the needed task. One only needs to do what is asked, and the wizard will take care of the rest. Many goals can be reached with correct subtitle translation solutions. Therefore, these kinds of software are used a lot now because of this.