Essential Features You Must Know About Transliteration API 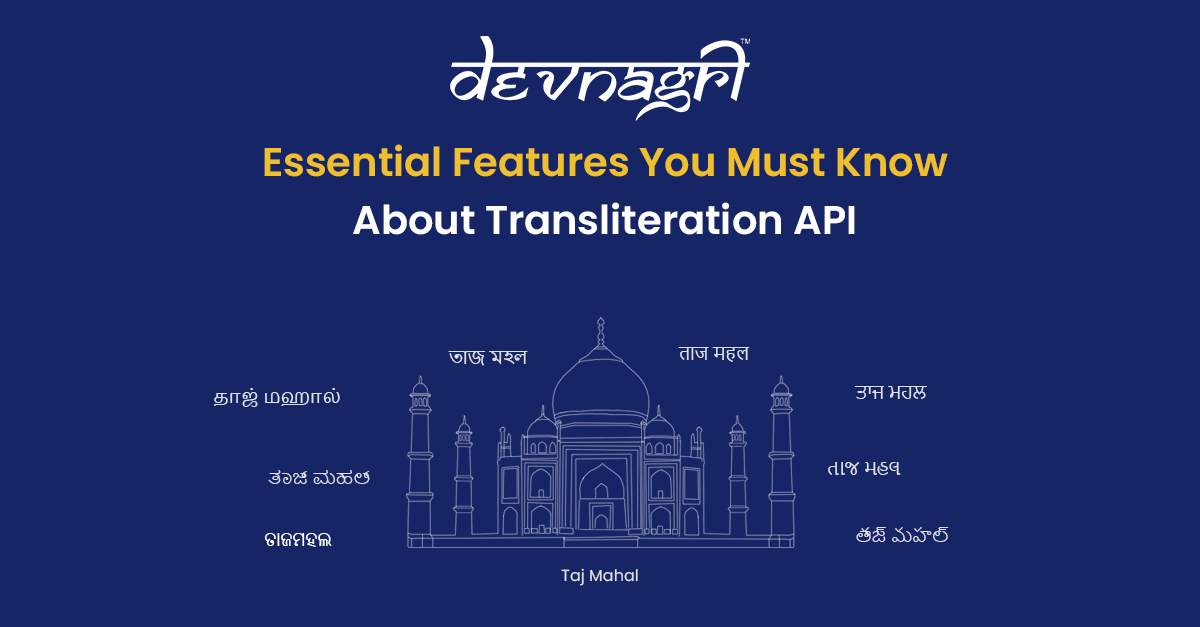 However, transliteration API eases this process with its contemporary features and automated system. The transliteration API maps a content from one language to another taking into consideration the phonetic similarity to give sound of words in target language.

This short blog takes a hard look at the difficulties of developing a transliteration protocol for writing in both English and regional Indian languages.  The elaborate piece of writing gives you a quick overview of essential things to think about when you write and format your own work with transliteration API.

Maintain the original meaning of the word

When words are transliterate, they need to have the same phonetic sound. Each word must be pronounced correctly and similar to the original language pronunciation.  A transliteration API can transliterate the content from source language to target language by mapping the sound of words. Thereby, allowing one to pronounce words of a different language without losing its meaning/sound.

Also Read: The Impact of Website Translation on The E-Commerce Platform

Every Character is given prominence

Transliteration is significant when the source language is unknown to a reader. Transliteration makes it easy for one to pronounce each character correctly. It enables one to efficiently read a foreign/regional language script .

Each letter in a language with more than one sound must be transliterated into English differently. This is an example: You could write the letter khaf as kh and the letter het, making the same sound as h.

Also Read: How Has Machine Translation Made Things Easy To Analyze?

Following a letter mapping method is a problem: how to deal with common spellings. What if you translate the names of cities, foods, or other well-known things? You might find that there are common spellings, and the question is whether to insist on the consistency of your house style or just follow common usage. You can not go against the spelling in a city’s own literature most of the time.

Sometimes it may happen that you do not need transliteration in the names. In this case, if your transliterations have a specific format, like italics or quotation marks. This could make them too big and difficult to read.

Sometimes it may happen that you do not need transliteration API is mainly used in libraries or for text processing. During a search, the transliteration process can find information written in a different alphabet and put it into the user’s script. Translating also lets you use a keyboard in one script to write the text in another one.