English to Punjabi Translation: A Must for Doing Business in India - Devnagri

English to Punjabi Translation: A Must for Doing Business in India

When in Rome, do as the Romans do – this proverb fits aptly to a business trying to set up base in India, especially in North India. The northern states of India are dominated by Punjabi speakers. Even most of those people who don’t have Punjabi as their mother tongue do know how to speak and write in this language. If you are an entrepreneur trying to set up a business in the northern regions of India, you need to know and understand Punjabi. If you are not able to do it yourself you need to take the help of English to Punjabi Translation services. They can convey your message in Punjabi keeping the right spirit intact.

Punjabi is the official language of Punjab, a northern state of India. Around 92% of the people residing in Punjab speak Punjabi. However, it is not the only state where you find Punjabi speakers. Other states like Chandigarh, Haryana and Himachal Pradesh too have a sizeable population of Punjabi speakers and Punjabis per se. Delhi, the capital of India, too is dominated by Punjabis. Though only about 8% of Delhi’s population speaks Punjabi as their mother tongue, the ambiance, the culinary scene and other places in Delhi are dominated by Punjabis. Naturally, knowing the Punjabi language may help you to get easy access to the home and hearth of Delhites, Punjabis, Haryanvi, and Himachalis. In Himachal Pradesh, about 6% of the population speaks Punjabi.

If you are trying to set up a base in India for your business and sell your goods or services, you need to convey your ideas and objectives to the local population. The localities in Punjab, Delhi, Chandigarh and Himachal Pradesh are oriented to the Punjabi language. So, in order to convey your ideas to the local people, you need to translate your messages and ideas to Punjabi. For this reason, an English to Punjabi translation service is imperative if you are trying to do business in India, especially in northern India.

Punjabis are a business community

Whatever goods you are willing to sell, you need a network of dealers, stockists, and wholesalers. In northern India and also in different parts of the rest of India, the business scene is dominated by the Punjabis. In fact, they are a race with entrepreneurial inclinations. They play a prominent part in business sectors like automobiles, automobile parts manufacturing, distilleries, breweries, restaurants, hotels, various kinds of dealers and stockists, and many more. You need to earn the confidence of this community in order to sell your wares. And the best way to earn that confidence would be to communicate with them in the language they understand the best, their mother tongue. However, you can achieve this simply by using an English to Punjabi translation service. These services help businesses to come up with the exact message that you are trying to deliver in Punjabi.

Also Read :- English to Bengali translation: A must for doing business in India

The Indian film scenario or the famed Bollywood is dominated by Punjabis. Whether it is the producers, directors, actors or singers, the reign of the Punjabi community is supreme in Bollywood. In fact, many of the film songs written and played these days have a Punjabi flavor. From Daler Mehndi to Yo Yo Honey Singh, Punjabi singers and music directors have been dominating the Bollywood playback singing stage for decades. If you have any interest in Bollywood, or your product or service are aligned with the Hindi film industry in general or playback singing, in particular, you need to penetrate the Punjabi community. Thus, the first thing you need to do is to translate your English materials to Punjabi.

Punjabis are not confined only to India. In fact, Punjabis are spread throughout the globe. There is a very sizeable population of Punjabis in the USA and Canada. A noticeable section of population in other countries as well, such as Australia, New Zealand, various nations of the African continent, Malaysia, Thailand, Singapore, Hong Kong, Dubai, and such are Punjabis. This means that Punjabi is spoken not just in India, it is widely popular across a number of continents in the world including America and Africa. This makes translating from English to Punjabi all the more imperative for business, to have a global outreach, even if the base is in India.

Communicating with the core Punjabi community

In the Punjabi community, the mother tongue is a great facilitator for communicating with the older generation. A large number of Punjabi grandparents are not fluent in English. They feel good when someone speaks to them in Punjabi. Thus, for a business trying to make itself a household name in this community, it becomes crucial to translate their message from English to Punjabi.

It makes sense for a business that is trying to set up a presence in India to utilize the scope of a prominent language like Punjabi. Going for a translation service to translate all the company documents and web content from English to Punjabi can be a great beginning. Promotional messages can be broadcasted in Punjabi to target the huge audience base that speaks this language. Winning the confidence of the prospective clients by communicating with them in their language will help increase the number of conversions. Thus, there are several factors that make it essential for businesses trying to set up base in India to use English to Punjabi translation services.

May 10, 2021 English To Kannada Translation Services And How They Can Transform Your Business Read More 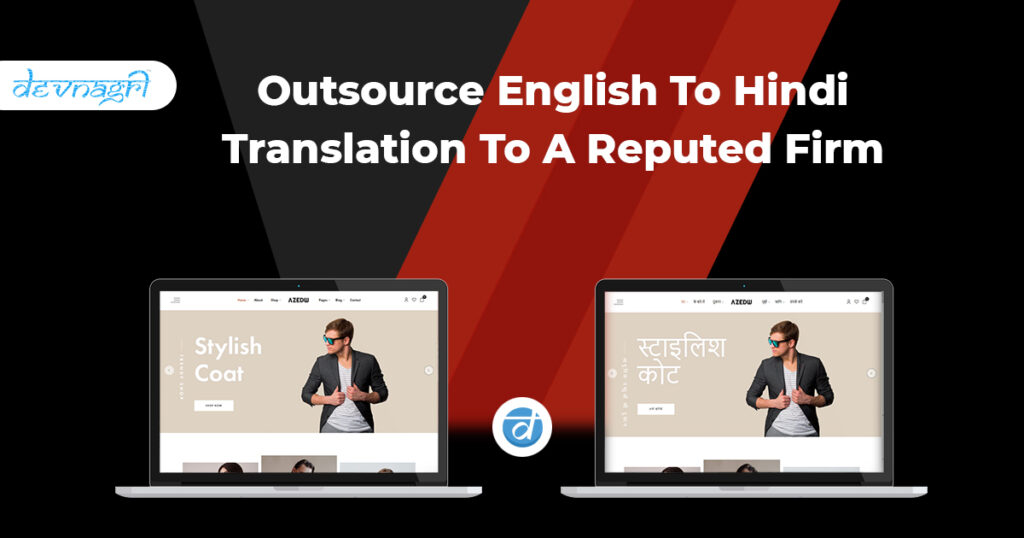